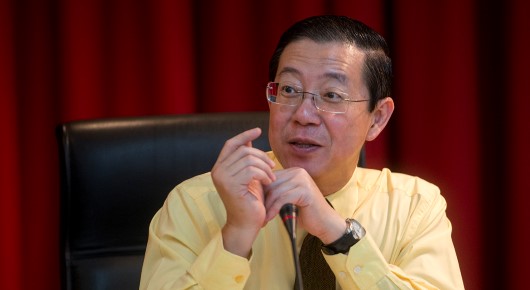 Penang launched its new 3Mbps high speed free public WiFi for 50 hotspots in Komtar and George Town today, with Chief Minister Lim Guan Eng promising that the service would be expanded where necessary, in future.

Lim said there would be more announcements on the WiFi service when new hotspots were introduced.

“We are very happy that free WiFi in public places continues to be so popular. The Penang government believes that faster internet or digital broadband speed is necessary to becoming a high income economy and a developed nation,” he said during the launch at his Komtar office today.

The latest upgrade costs an additional RM25,000 a month, but the amount is funded by service provider Redtone International Berhad, Lim said, as a bonus for the state and its people.

This means the state does not have to pay any additional sum to the RM1.85 million it is now paying annually for the service, introduced in 2009.

There are 1,560 hotspots in Penang. Before this latest upgrade, the service bandwidth was improved from 75Mbps to 375Mbps, giving users a faster speed of up to 1Mbps, from the previous 512kbps.

He also said the service had become very popular, with usage increasing from 15TB to 30TB a month over the past few months.