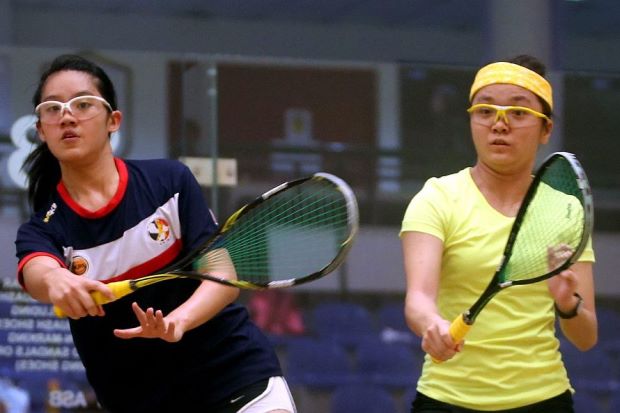 Zoe Foo showed her mean side to dispose of Ooi Kah Yan in the quarter-finals of the Under-19 category at the Redtone KL Junior Open squash championships.
The 18-year-old Zoe was under pressure to deliver results with her place in the World Team Junior Championship next July under threat.

Zoe, who has four Asian Junior Cham­pionships runners-up medals, attributed the win to a more aggressive approach in her game.

“I’ve always been a bit timid on court and playing aggressive squash was never really my thing,” said Zoe.

“I guess that’s what I have been lacking for a while … which is why I always struggled to get past the tougher Egyptian girls.

“But I played a more attacking game today … adding more shots to my usually defensive style and I was definitely mean on court.

“It was still tough against Kah Yan because she runs for every ball but it’s definitely a relief to win.”

Zoe, who is aiming to nail the title in the absence of world No. 51 S. Sivasangari, takes on Singapore’s Au Yeong Wai Yhann in the semi-finals.

The other semi-final will be between top seed Andrea Lee and Penang’s Nur Aliah Izzati.

In the Under-17 category, two Malaysians – Chan Yiwen and Lee Jia Wei – made the semi-finals.

The Under-15 title is already in the bag with top seed Wong Heng Wai and second seed Jessica Keng taking on Malaysian opponents.