FROM INTERNET OF THINGS (IOT) TO ECONOMY OF THINGS: NEW FRONTIERS FOR STARTUPS - REDtone
Skip to content 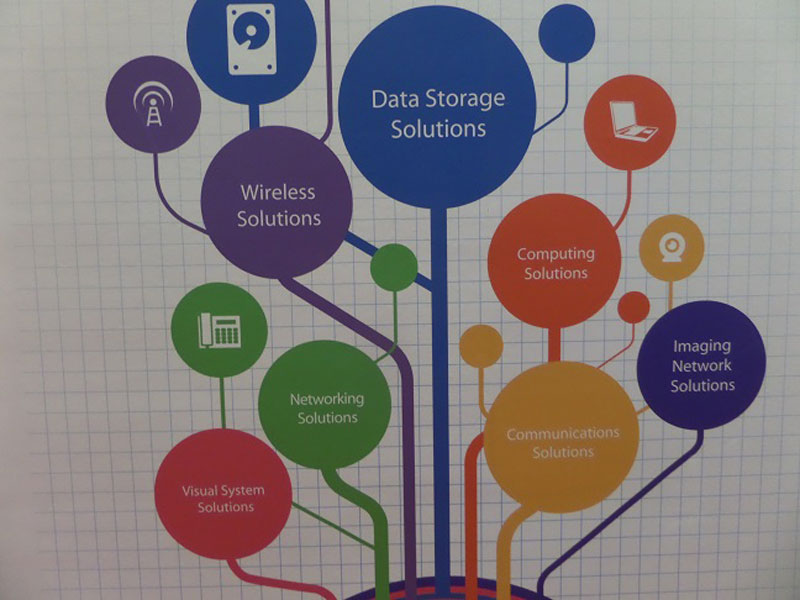 The annual CommunicAsia conference and expo in Singapore is a good time to take stock of regional and global telecom developments, network with industry, discover new gizmos and startups, and party late into the night!

Major themes this year are Internet of Things (IoT), smart cities, ubiquitous broadband and enterprise mobility. See my coverage of the 2014 sessions on innovation and startup showcases here.

The total IoT market will be a $4.3 trillion opportunity by 2024, according to Matt Hatton, CEO, Machina Research. IoT has come a long way since the early days of M2M (machine to machine communication) and ‘SoT’ (subnets of things): it is now cross-enterprise, cross-manufacturer and on distributed clouds.

It would be great if ambulances can ‘talk’ to traffic lights and ensure that signals are green all the way during emergencies. But it’s not so great if your fridge can ‘talk’ to your health insurance company and report how many cartons of ice-cream you consume each week!

Such scenarios bring out the ups and downs of consumer impacts of IoT – but in the industrial and enterprise sector, IoT is already delivering results.

The era of “software-defined manufacturing” has been around for decades now in countries like Japan and South Korea, said Andrew Milroy, Senior Vice President, ICT Research, Frost and Sullivan. States like Sulawesi in Indonesia have also tapped smart city initiatives to reduce traffic and crack down on crimes.

“In our US stores, we offer free WiFi as a service for our customers, and to learn how they blend online and offline shopping behaviours,” said Ankur Gupta, IT Director for Big Data, Sears. The Internet of Things overlays well on the Internet of People, he added.

IoT is also being applied in NGO scenarios, said Darren Plant, Innovation Driver, Business Unit Global Services, Ericsson. He pointed to the use of IoT and Bluetooth monitoring to detect water safety levels by the Water Keeper Alliance and the River Keeper Project.

“Things and places should be first class citizens on the Internet,” he said. It is important that IoT growth be accompanied by network security, efficiency and sustainability.

IoT is even being applied in Hong Kong’s race courses to monitor horse races and yield new reams of data for those involved in betting – almost like the Internet of Horses, joked Sean Lee, Chief Strategist, Pivotal APJ.

Pivotal was spun off by EMC and VMWare and has also received investment from GE. “We are the world’s biggest startup,” said Lee, with 1,700 employees and $1B funding in just over a couple of years.

The company helps GE with its “Power of 1” initiative to bring about billions of dollars in savings thanks to even one per cent of energy cost reduction via IoT. GE is operating not just with Big Data from jet engines but Fast Data from its wind turbine farms – to the tune of over 100,000 data points per second.

IoT is being adopted in agriculture as well by Monsanto and even in the garment sector by Under Armour; the firm’s CEO, Kevin Plank, has said he believes the garment company is also a technology company and will not “cede anything to Silicon Valley,” explained Lee.

Hot emerging opportunities for startups are in the IoT Service Marketplace (ISM), said Hatton. These include data brokers, visualisation and predictive analytics. However, there may not be a need for a ‘Chief IoT Officer’ for enterprises, he joked. Nonetheless, distributed analytics and sense-making will be a key priority for the 21st century CEO. Scalability, agility, flexibility and dealing with uncertainty will be core concerns for the CIO.

With proper functional value and business models, the Internet of Things will deliver the Economy of Things, said Rob van den Dam, Global Telecommunications Industry Leader, IBM. “The edge will become a new frontier of value,” he said, pointing to the rise of P2P protocols such as TeleHash.

Carriers and OEMs will tie up with startups via accelerators and hack competitions, or buy them outright, Hatton said. For example, the French startup SigFox raised $115M in funding; Huawei has bought Cambridge-based startup Neul; and the LoRa Alliance for IoT has launched with key supporters.

BMW itself has launched a car hackathon called Hack the Drive, where developers and startups can hack on the Big Data it has gathered from car operations. The initiative aims to “use car data as never before and develop new disruptive ideas.” Recently, a BMW i3 was awarded as a prize to a team called WeCharge. Other partners include Navdy, ChargePoin+, ZenDrive, MongoDB, Mojio and UserBlitz.

The trends of digitalisation and mobility are happening faster than we can imagine them, said Andrew Milroy of Frost and Sullivan. The cost of experimentation is also dropping, making it easier for companies to launch build-measure-learn probes of their own and even make accidental discoveries. “IoT will be huge and will disrupt almost all aspects of the enterprise,” predicted Machina Research’s Matt Hatton.

“We are at the threshold of a massive explosion in the history of computing,” said Rob van den Dam of IBM. By 2020, each human will have an average of five connected devices, and by 2050 there could be over 100 billion connected devices.

However, significant changes will be needed in device costs and IoT business models before leaps of scales are made, he cautioned. Devices like connected door knobs will have a much longer life than the average smartphone, and the cost of maintaining such devices will be high in the long term.

“Also think of the business model. The main measure of a smart toaster is really if it can toast well. Do you want a toaster than can burn ads into your toast?” joked Rob. Trust is another major concern in the digital world.

“The Internet is no longer a place of trust,” he cautioned, pointing to rising cases of fraud, scam and security breaches.