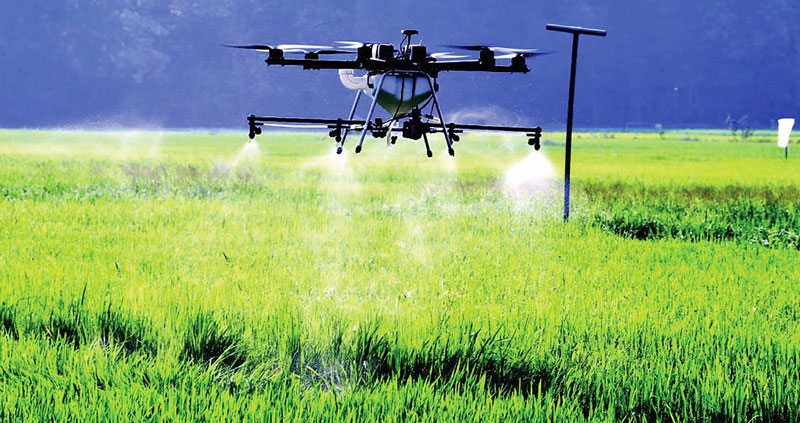 by NURUL SUHAIDI / Pic by BERNAMA

REDTONE Digital Bhd in collaboration with the Ministry of Agriculture and Food Industries (MAFI), Department of Agriculture (DoA) and Malaysian Digital Economy (MDEC) will be hosting its first one-day smart farming virtual conference.

With the theme “Emerging Tech & Innovation in Malaysian Agriculture”, it brings together over 300 delegates and features a distinguished group of keynote and panel speakers, comprising industry influencers, thought leaders, professors as well as policymakers from MAFI, MDEC, DoA and the financial sector.

The conference will see panellists sharing their insight on the latest technologies and innovations that are propelling Malaysian agriculture towards a more technologically-integrated future.

It also discusses the improvements made in the Malaysian agriculture sector as a result of technical advancements such as Internet of Things, drones, artificial intelligence and block chain.

Compared to developed countries, the use of technology in Malaysia’s agriculture sector is still in its infancy in which the use of irrigation and fertigation systems in Malaysia is less than 10%.

While the automation is considerably lower, and big data analytics of Malaysia’s 7.6 million ha of agriculture is almost non-existent. This current circumstance provides a tremendous opportunity to realise latent potential and advancement.

“A recent study by the Malaysian Agricultural Research and Development Institute to benchmark technology adoption based on Fuzzy logic suggests that technological adoption of farmers in our country is relatively low.

“As a reflection, this calls for an urgent and immediate intervention to nudge the technology adoption level through embracing emerging smart farming as a catalyst of growth and possible solutions to the many challenges for this sector,” she said in a statement.

In that regard, REDtone is committed to establish a partnership ecosystem for technology adoption and collaboration, as well as awareness creation through government agencies, higher education institutions and agricultural authorities to improve Malaysia’s agricultural sector’s economic vitality.

Meanwhile, REDtone group CEO Lau Bik Soon stated that he believes technology can play a key role in taking the agriculture industry to the next level and now is time to embrace innovation for a more sustainable future of agriculture.

According to him, the world’s population is predicted to reach 9.6 billion by 2050, at which point farmers will have to produce 70% more food than today while using the same or even fewer natural resources due to urbanisation and climate change.

“Being one of the largest sectors in both our local and global economies, agriculture needs to keep pace with a rapidly-evolving world.

“To survive and thrive in an increasingly competitive and volatile market, it is imperative that we redefine the way our farming industry operates. This is where smart farming and precision farming hold the answers,” Lau said.

The bilingual virtual conference is scheduled to take place virtually on March 31, 2022, and it is open to agripreneurs, start-up representatives, research and development specialists or heads of innovation of agriculture, commercial farmers and growers among others.

More information on the event can be accessed via Smart Farming Virtual Conference by REDtone.