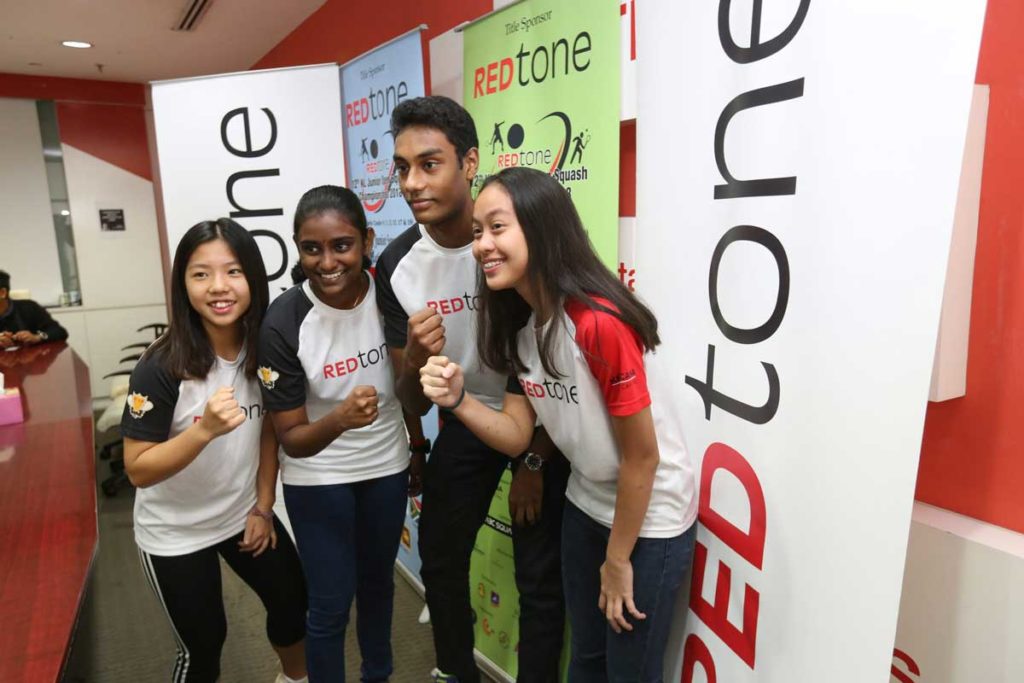 Noor Ainaa Amani Ampandi is oozing with confidence in her quest to land her second title at the 12th REDtone Kuala Lumpur Inter­national Junior Open from Dec 4-9. The 16-year-old, fresh from winning the Under-19 title in the CIMB Junior Grand Final last month, has been training with national senior players S. Siva­sangari and Rachel Arnold.

And she believes that her game is improving.

“I’m feeling more confident and I want to test myself by competing in the Under-19 category,” said the national junior player.

“I’m the third seed behind top seed Jessica Keng and second seed Ooi Kah Yan. I beat Jessica in the CIMB Juniors last month, so I’m in a confident mood. Training with the senior players is also going well for me.”

Praneel Dev Prakash, who’s competing for the last time in the Under-17 category this year, said he wants to move up the age group with a bang.

“Last year I reached the final eight round, so my target is to go further from last year. Although I’m the seventh seed this year, I believe I can spring upsets. I’m training harder under coach Raymond Arnold and I feel that my stamina and strokes have improved,” said Praneel, who is from Ampang.

The meet will be held in two venues – Jalan Duta Squash Complex and the National Squash Complex in Bukit Jalil. A total of 738 players from 17 countries are participating.

Malaysia will represented by 634 squash players while 104 players from foreign countries including Singapore, India, Egypt and Qatar will take part in six age group sections from Under-9 to Under-19 in both the girls and boys categories.

Squash Racquets Association of Federal Territory (SRAFT) president and organising chairman Steven Kwan said it is the fourth consecutive year the event has passed the 600-mark bracket for participation.

“We are happy that the Asian Squash Federation (ASF) have upgraded our event to platinum status,” said Steven.