Throughout time, humans have used visual-based methods to help them remember information –  from early cave drawings to modern day video. VR is not only the next logical step but a step in the right direction: research suggests we retain more information and can better apply what we have learned after participating in virtual reality exercises. 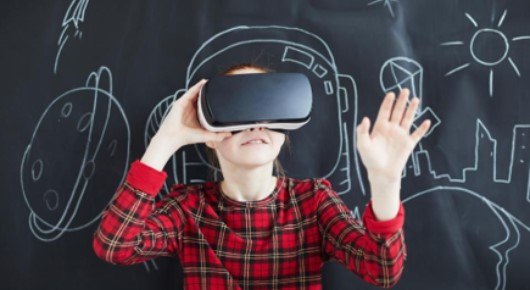 Researchers at the University of Maryland conducted one of the first in-depth analyses on whether people learn better through immersive virtual environments, as opposed to more traditional platforms like a computer or tablet. For the study, the UMD researchers recruited 40 volunteers—mostly UMD students unfamiliar with virtual reality. The researchers split the participants into two groups: one viewed information first via a VR head-mounted display and then on a desktop; the other did the opposite. The results showed an 8.8 percent improvement overall in recall accuracy using the VR headsets – a statistically significant number according to the research team.

VR is not only a great medium to enhance recall, but it can also build empathy which helps users understand situations, people, and events that they would otherwise never have contact with.

Considering the impact VR can have, it’s no surprise that the medium is being adopted by educators and organizations looking to add an extra dimension to classrooms all over the world.

Every day, we are seeing new ways that VR is facilitating learning and understanding through its unique properties. Here are just a few examples…

In collaboration with HTC, Taipei Medical University established the world’s largest virtual reality anatomy classroom. The VR anatomy class is furnished with 10 sets of VIVE Pro and 3D Organon VR anatomy software. This enables individual study as well as cooperative use of the same VR environment and allows students to visualize lectures on anatomical structures in depth to better understand how bodies function. This use of VR also overcomes previous limitations such as unobservable structures or awkward angles.