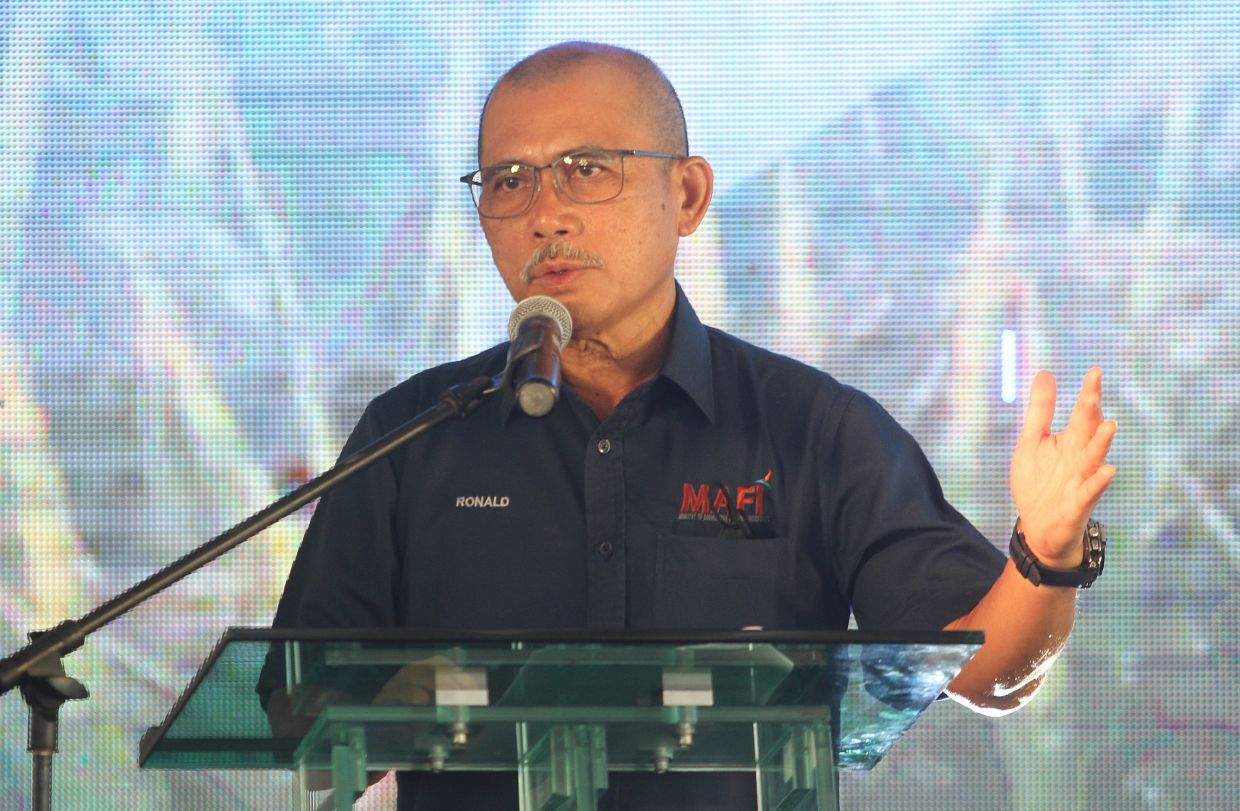 SUBANG JAYA: Farmers will have better market access through the Agriculture Department’s Geoplant System as it enables farmers to directly deal with exporters and supermarkets, said the Agriculture and Food Industry Ministry (Mafi).

In a speech by Datuk Seri Dr Ronald Kiandee (pic) that was read out by Mafi deputy secretary-general (Policy) Azah Hanim Ahmad, the minister said the system will be able to solve the oversupply of local and imported vegetables and fruits.

“This system will benefit both farmers and wholesalers in crop production as we will be able to strike a better balance between production, which is according to demand and supply,” he said, adding that it was cost effective, user friendly, interactive and accessible to all stakeholders.

Ronald added that the platform will also allow farmers to connect with their respective agriculture officers to rent or advertise land for rent to entrepreneurs or other farmers.

The Geoplant System was developed using an architectural service-oriented concept that can be accessed through the web and cellphones.

Meanwhile, another system from the Agriculture Department, the Geosoil System, contains basic land information for the purpose of assessing the suitability of various pieces of land to ensure sustainable agriculture, he explained.

“This system minimises wasted resources caused by crops planted in unsuitable areas. Thus, this system should be the first alternative for reference to identify the characteristic of the soil before planting,” he said.

The Geoplant and Geosoil Systems were both launched here yesterday here with the promise of helping farmers strengthen national food security.

“In realising Keluarga Malaysia aspirations, Mafi, through the Agriculture Department, has been involved in the MyDIGITAL initiative in empowering the Digital Economy in the Agricultural Sector and successfully achieved its key performance indicators through the Geosoil System,” said Ronald.

The event was also attended by Agriculture Department director-general Datuk Zahimi Hassan, who added the department is responsible for producing repositories of land data based on local classification systems and international references.

“This data is very important to the country, not only to provide soil information and its suitability for crops, but also as a key element in agricultural development planning and national security.

“This system will be integrated with soil conservation and fertility information to help stakeholders obtain sustainable land management information in one system,” he said.